A cooperative train track-building game, where you gather resources and work with another player to help your locomotive avoid obstacles and reach its destination. 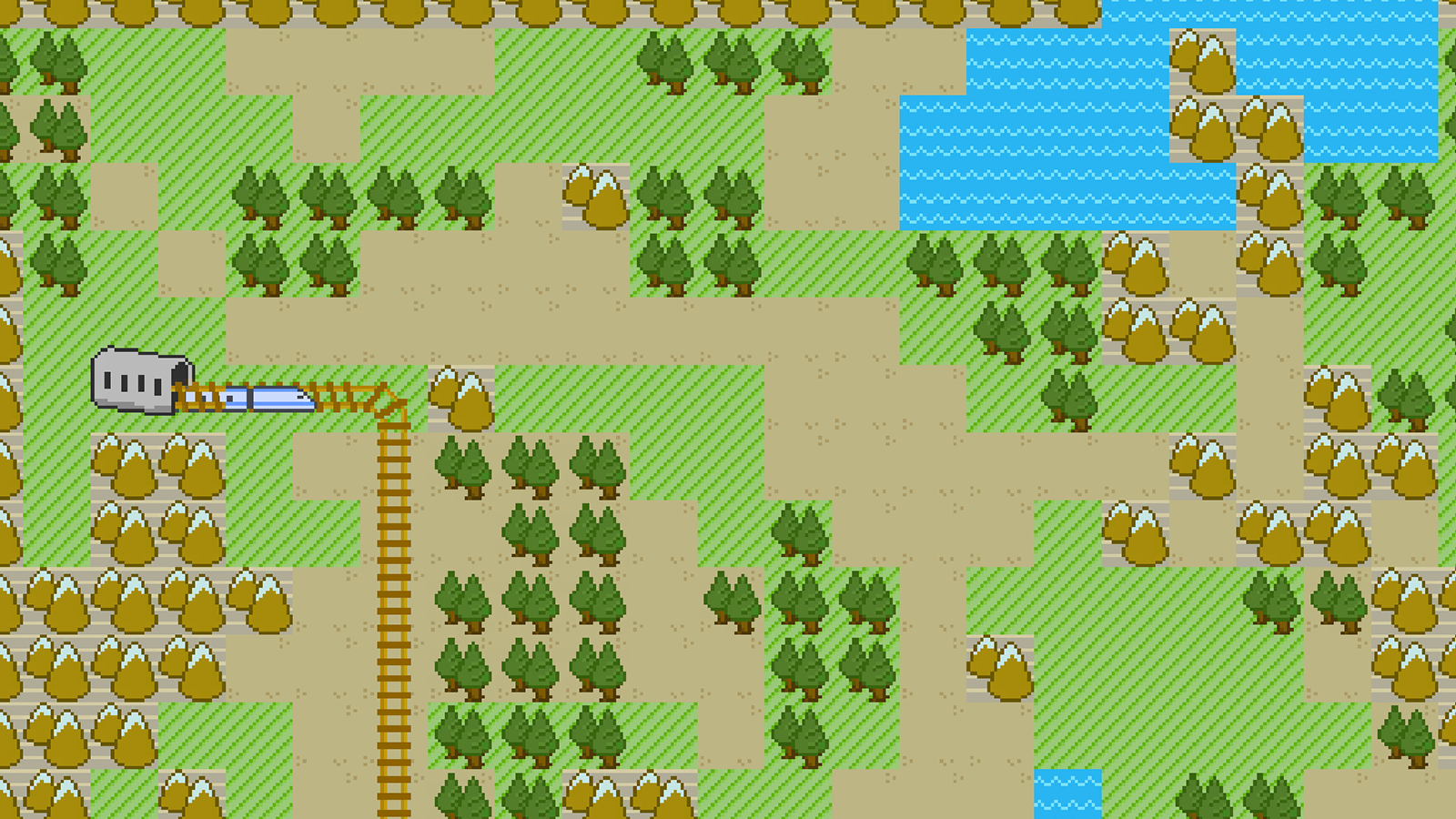 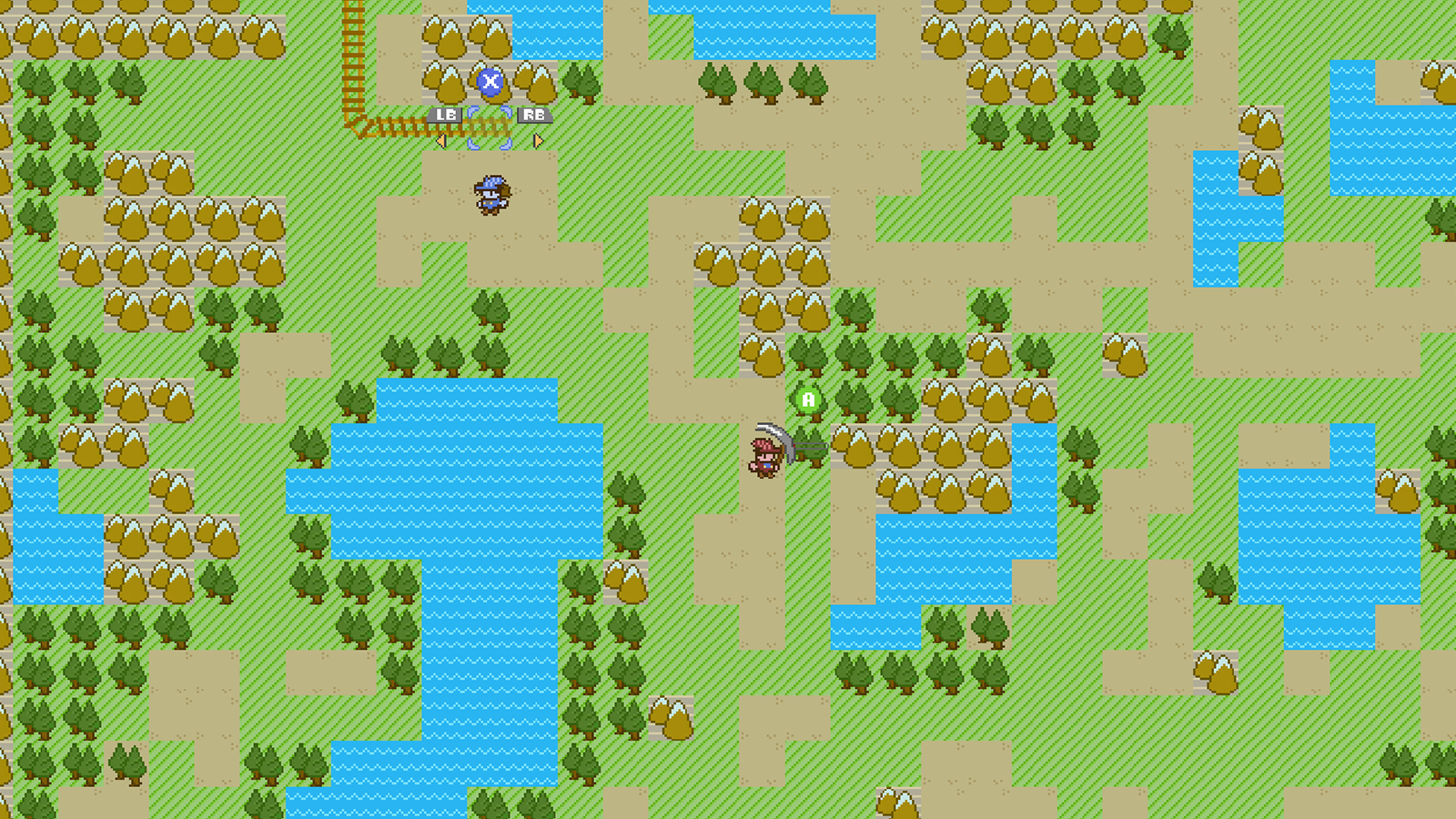 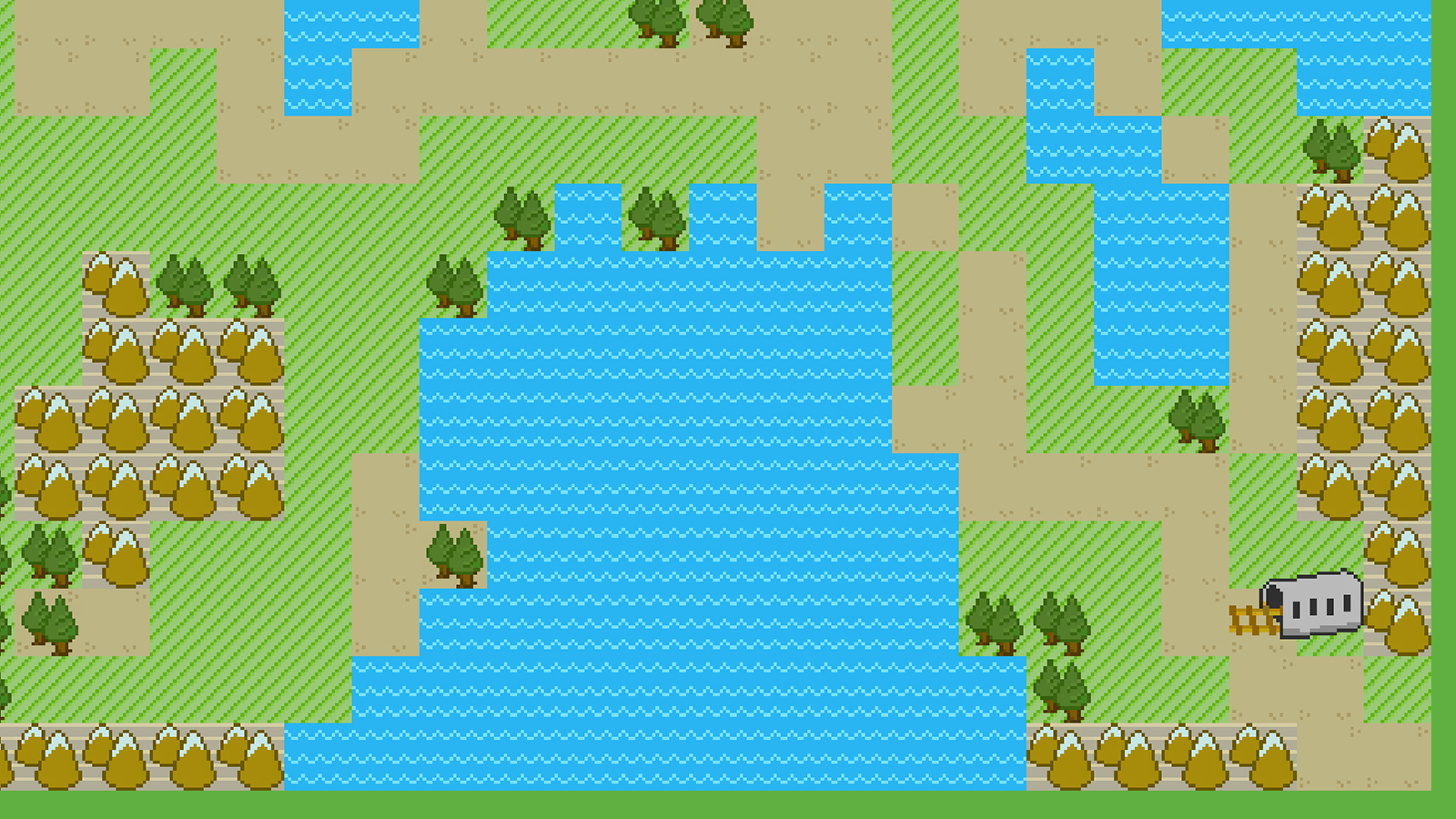 Made for Train Jam 2018’s theme of “Circuitous,” Track Trek is a cooperative resource-gathering and track-building game. You and another player chop down trees and use them to build a rail line from the train’s starting location to its final destination.

This was the first game jam where I didn’t work as a programmer, instead acting as the sole artist on the game, which was a fun change of pace. We decided on a reasonable scope for the game that allowed me to efficiently create all the art assets within the time constraints of the jam. Assets included UI, tile sprites, resource sprites, and character art. I had to create several animation loops as well, including walk and attack cycles for the player characters and a simple two-frame animation for the water tiles.

The player character sprites took several iterations to get right. I originally had them as simple, semi-amorphous silhouettes, similar to a meeple, but it was hard to make their animations visually distinct. Eventually, I settled on the red and blue conductors seen in the final build, and I’m happy with the way they turned out.

Made in collaboration with Matt Gambell, Keaton White, and Craig Barnes.