A government transparency portal site made for the Virginia Auditor of Public Accounts. The site houses both financial and demographic data collected by the APA for the state of Virginia. 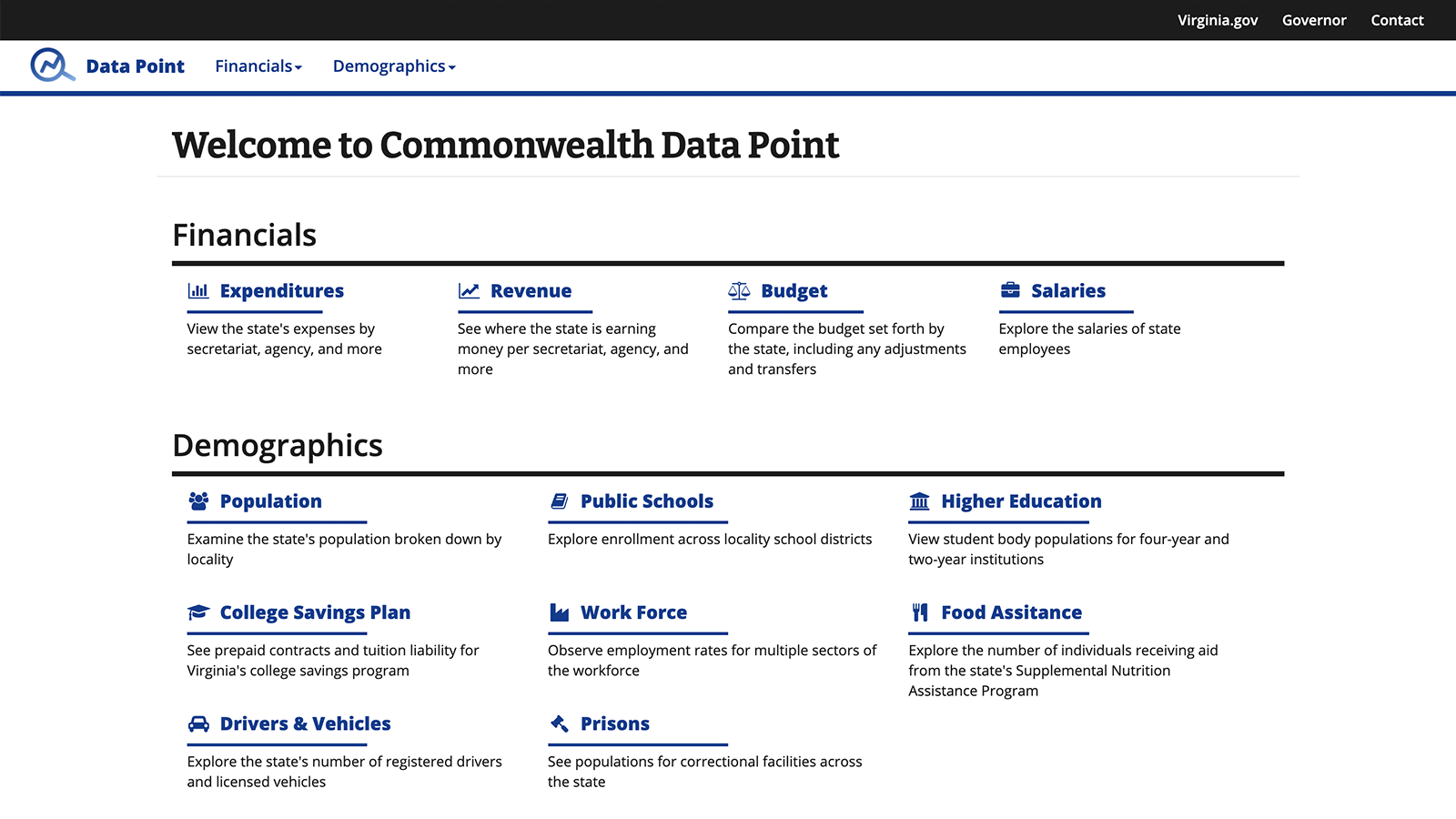 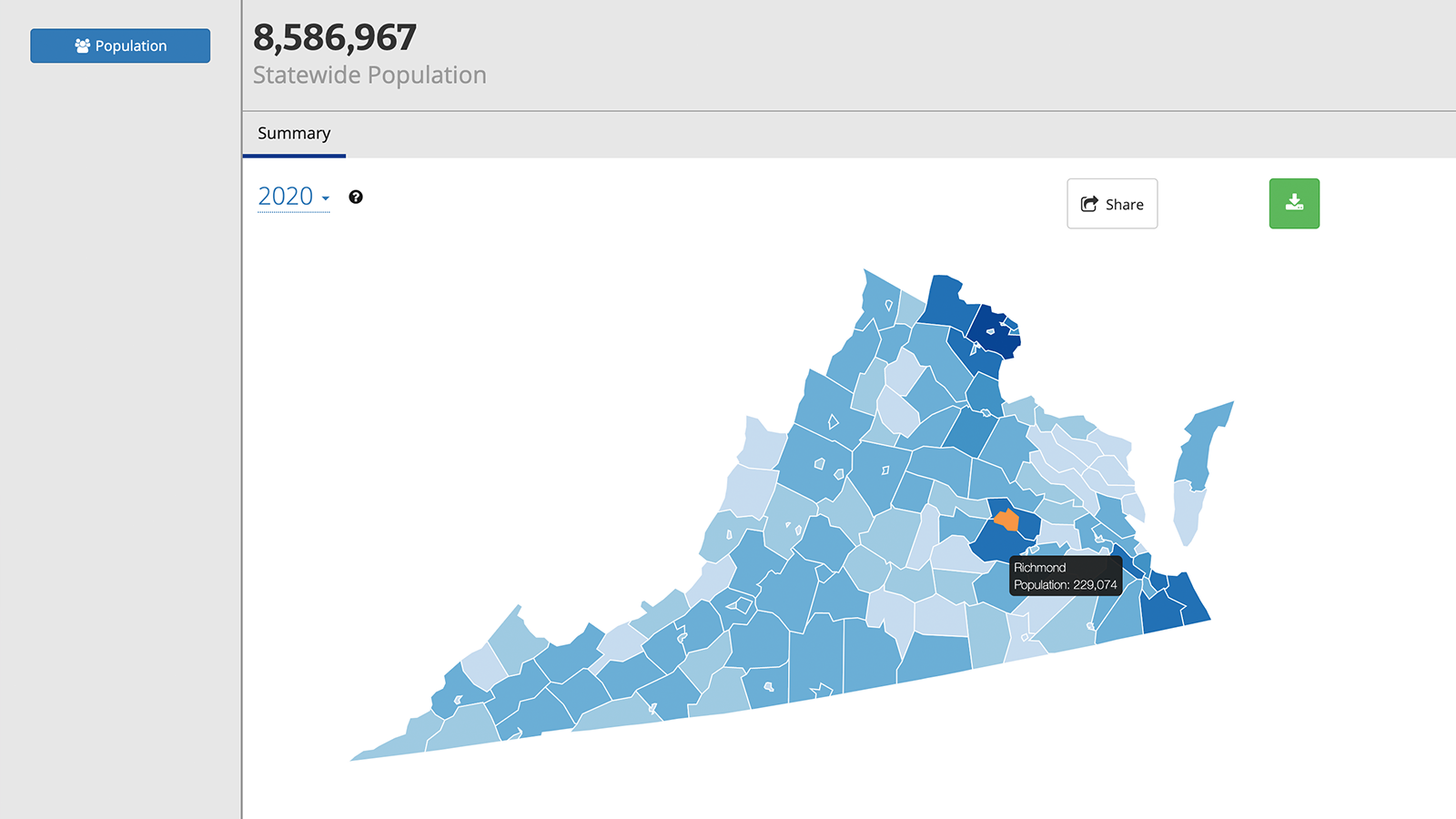 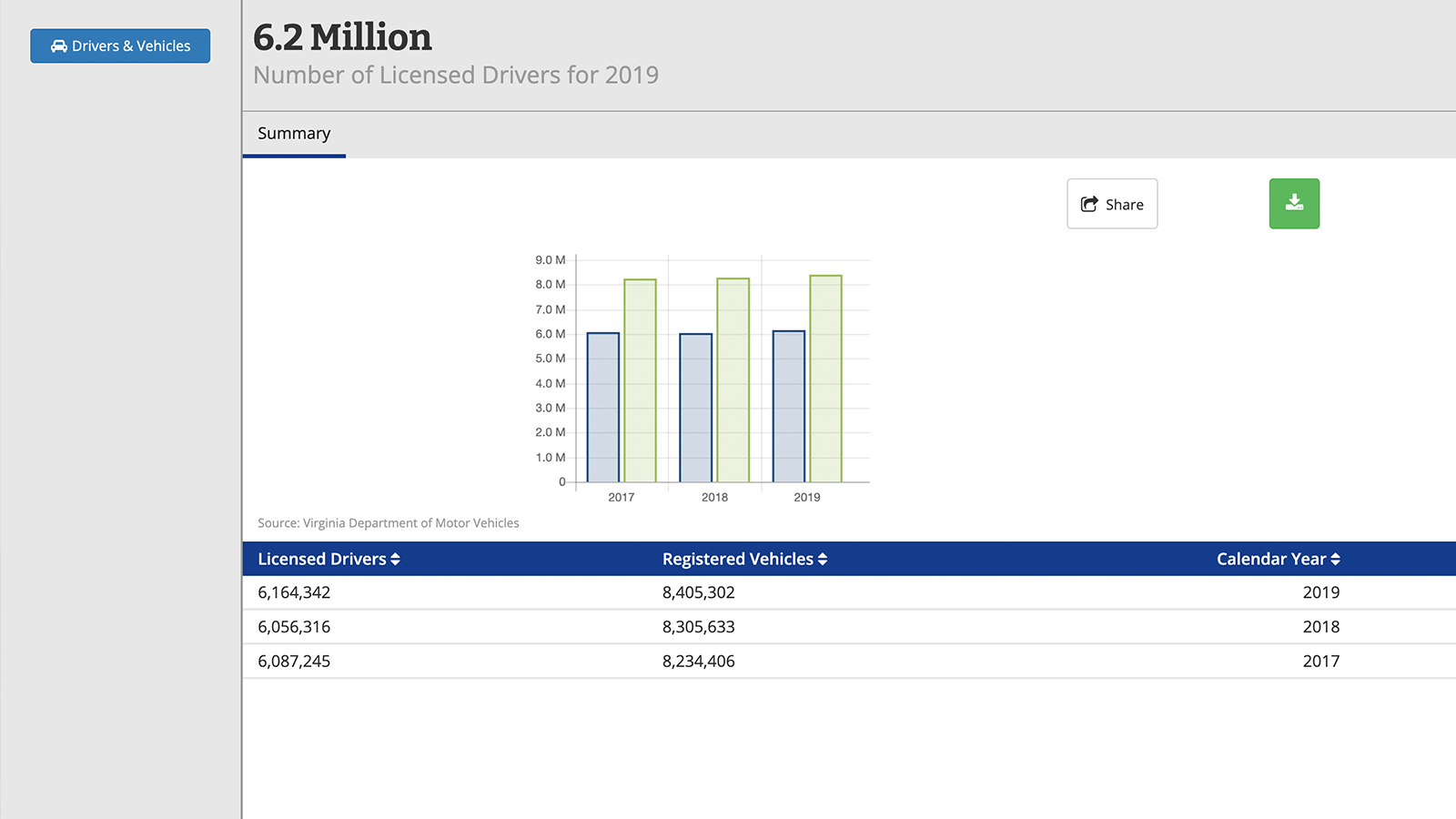 Originally constructed in 2017, Commonwealth Data Point is my ongoing project for the Virginia Auditor of Public Accounts. As a state-mandated transparency portal for the Commonwealth of Virginia, Commonwealth Data Point allows citizens and government stakeholders to view important financial and demographic data about the state, including expenditures, revenues, population, public school enrollment rates, registered vehicle figures, and more.

Data Point’s dashboard pages are built as single-page applications, dynamically querying and loading different data sets depending on what the user wishes to view. Financial data is viewed via a drilldown system, where more general groupings of data are viewable at the very top — such as the different government branches — with more and more specific grouping viewable as you drill down — such as financials for distinct government agencies or specific line-item transactions.

The frontend logic of Data Point is built via AngularJS and an implementation of Chart.js for data visualizations and DataMaps for mapping visualizations. Data sets are constructed using programmatically assembled SQL queries that are then sent to our backend via PHP scripts. The data sets are then saved in JSON files which we use to populate the data on the frontend. Commonwealth Data Point is updated on a regular basis to add dashboards for new types of financial and demographic data.