A 2D exploration and run-and-gun game where you discover floating fortresses and defeat the mechanized enemies within. 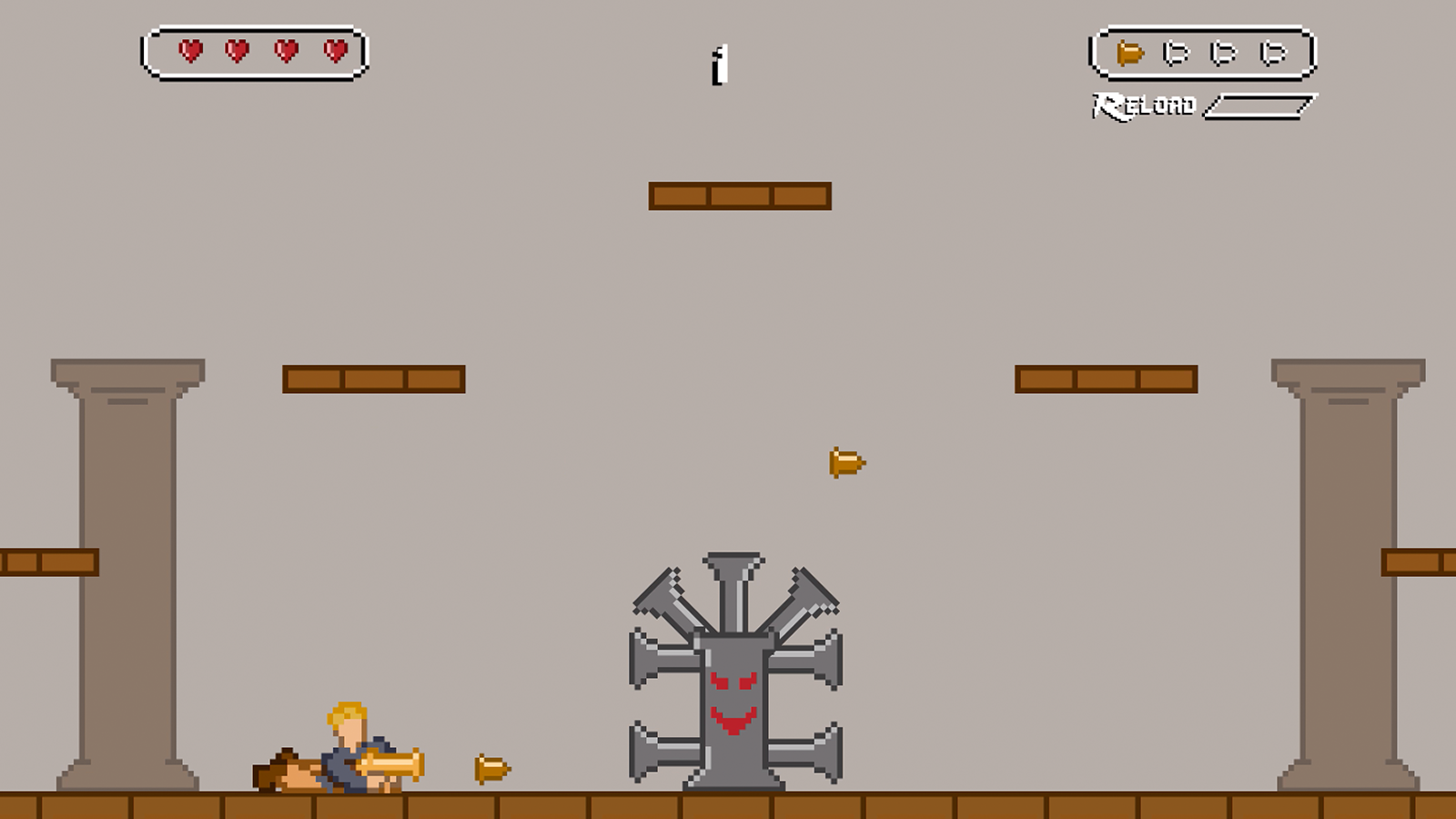 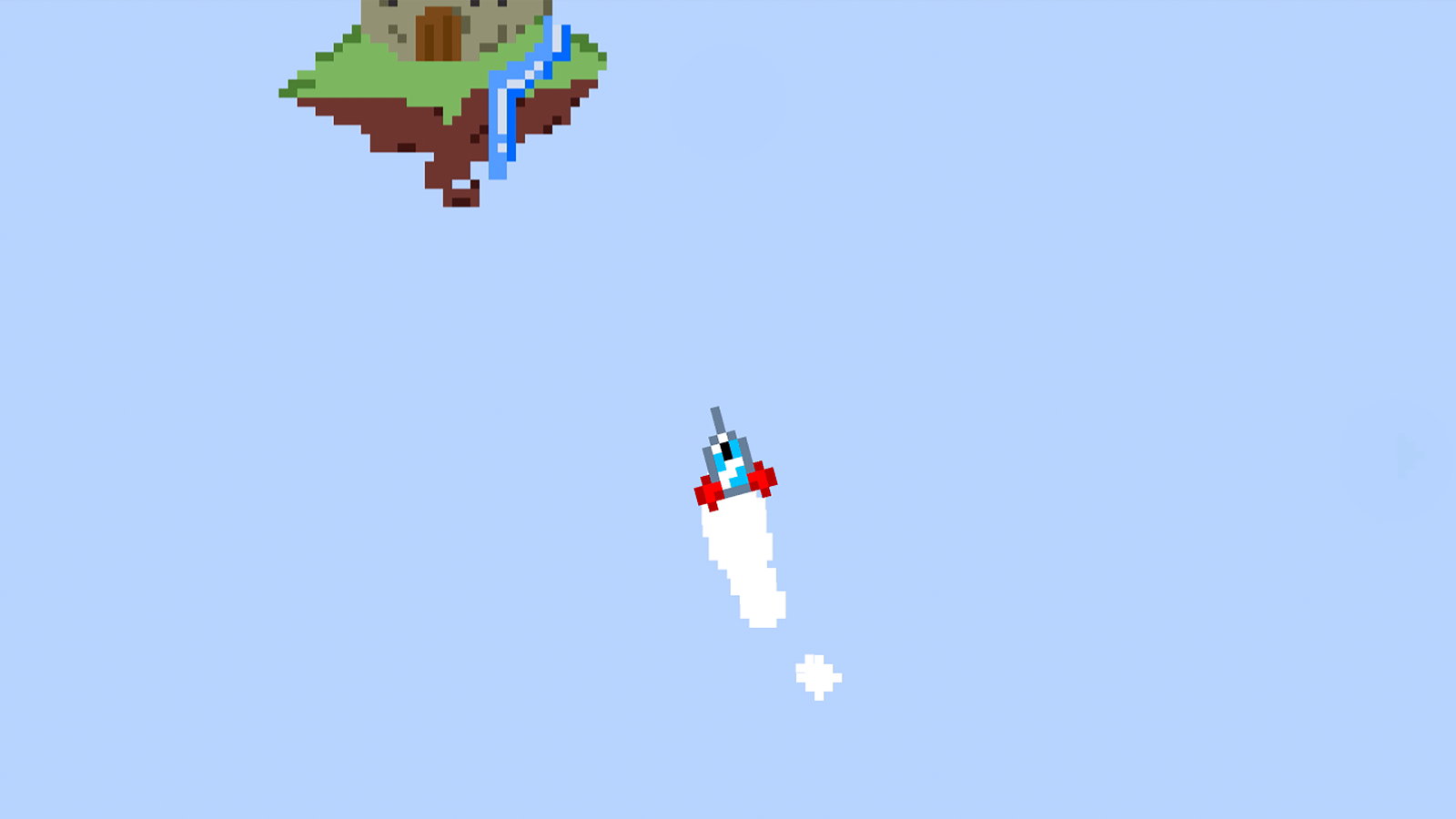 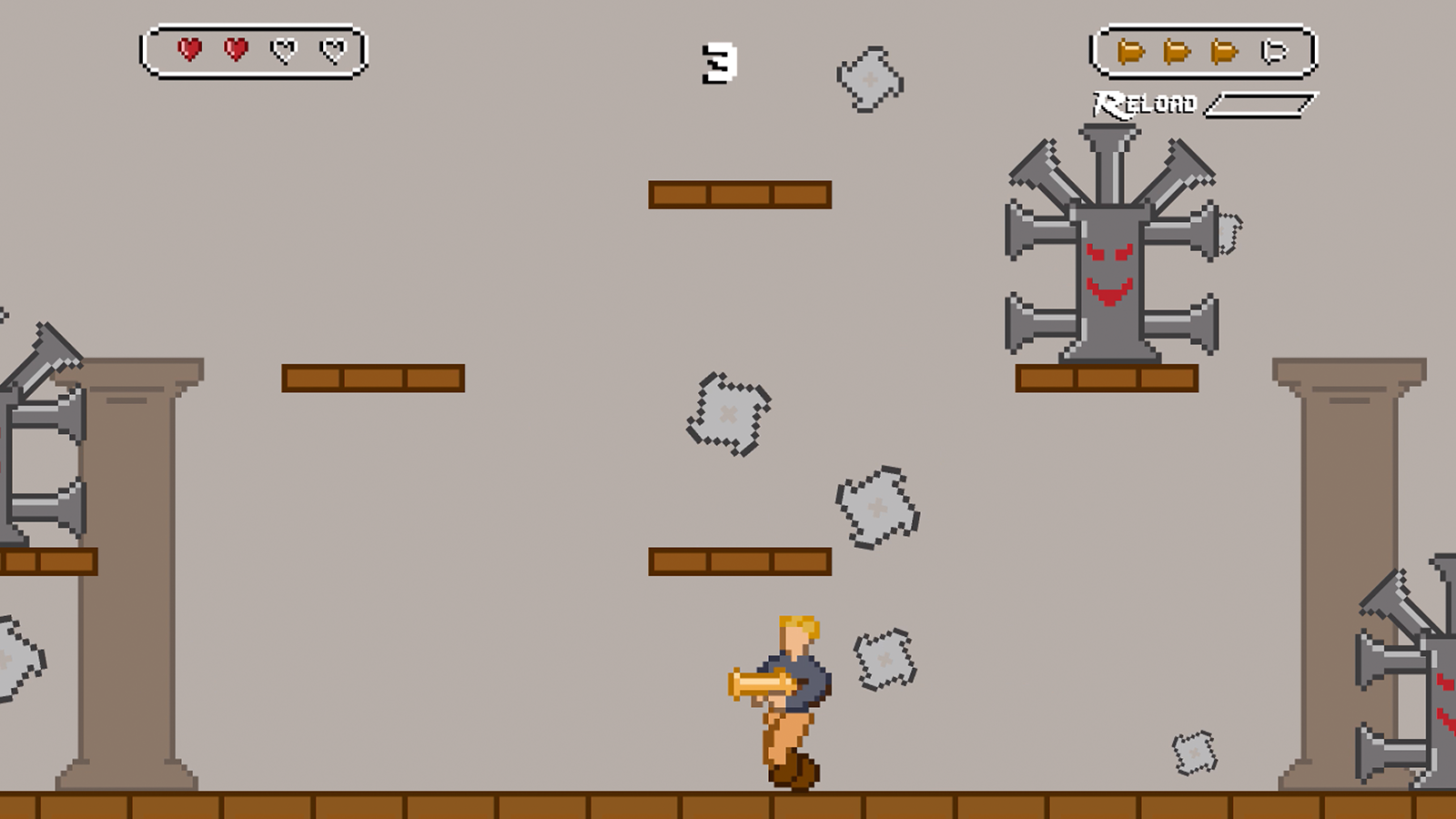 Made for Ludum Dare 38’s theme of “A Small World,” Bantam! is a 2D action game that has two distinct parts: a passive, freeform exploration area and several enclosed combat encounters. As the player, you start out by flying your ship to one of four floating islands, where you fight one or more immobile metal enemies that shoot saws out at the player.

The player has to defeat every enemy in the encounter before they can move on to the next one and is given only four pips of health and can only fire four shots before they have to reload. Bantam! helped me work on my combat design by fiddling around with enemy placement and difficulty tuning. I was also able to introduce a certain amount of polish as well with run animations cycles and damage reactions for the playable character as well as some music implementation via Bosca Ceoli.