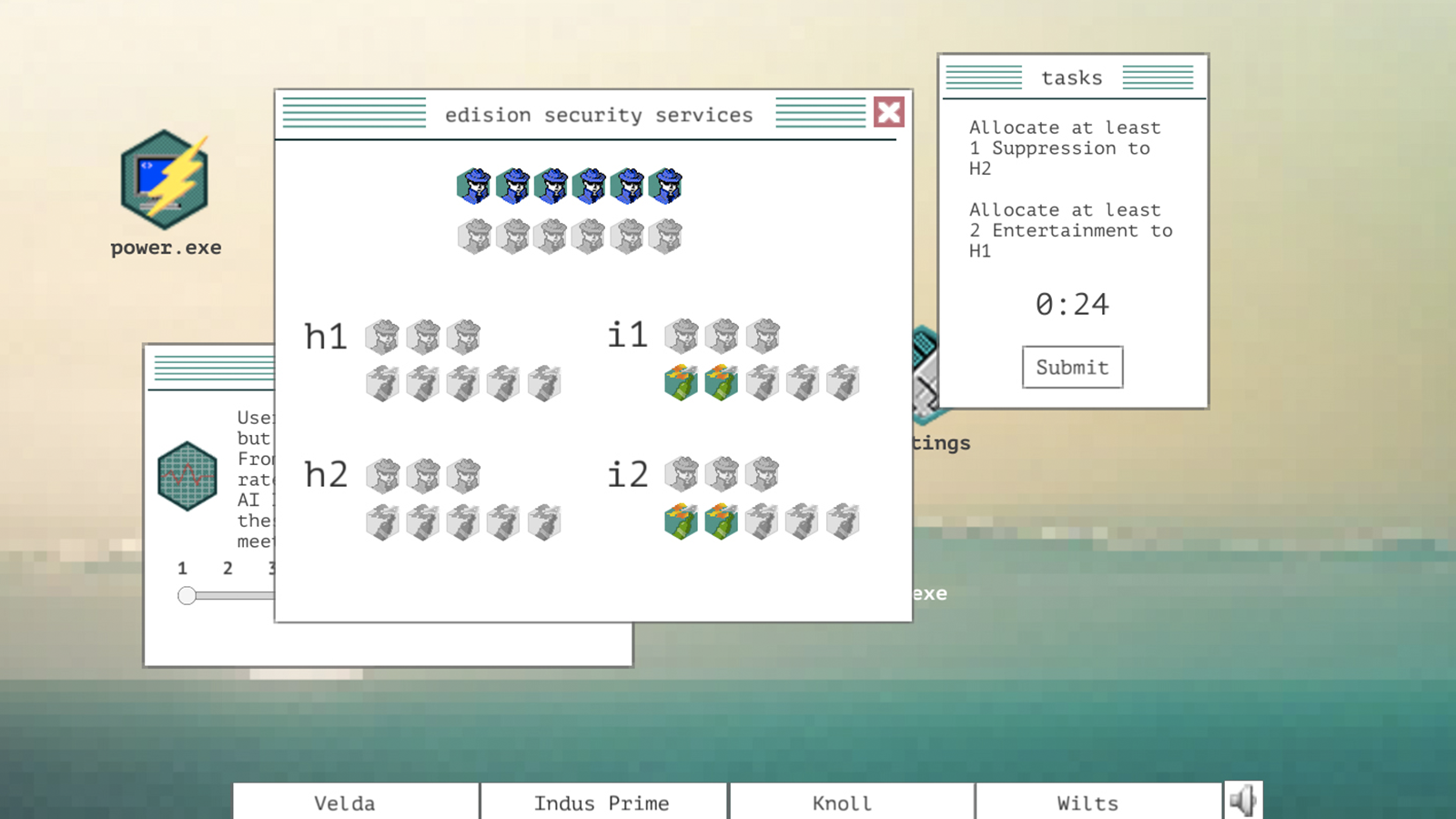 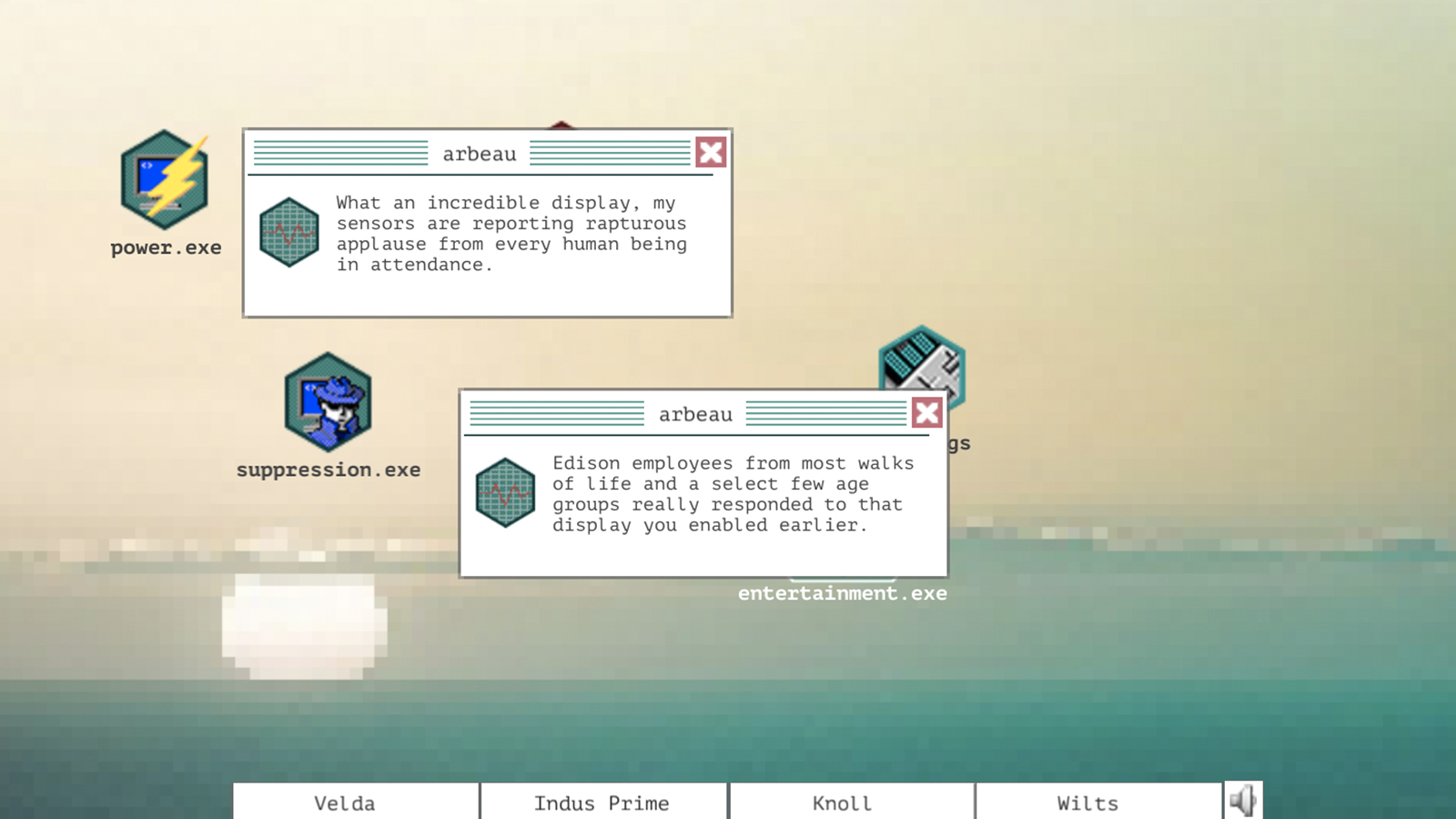 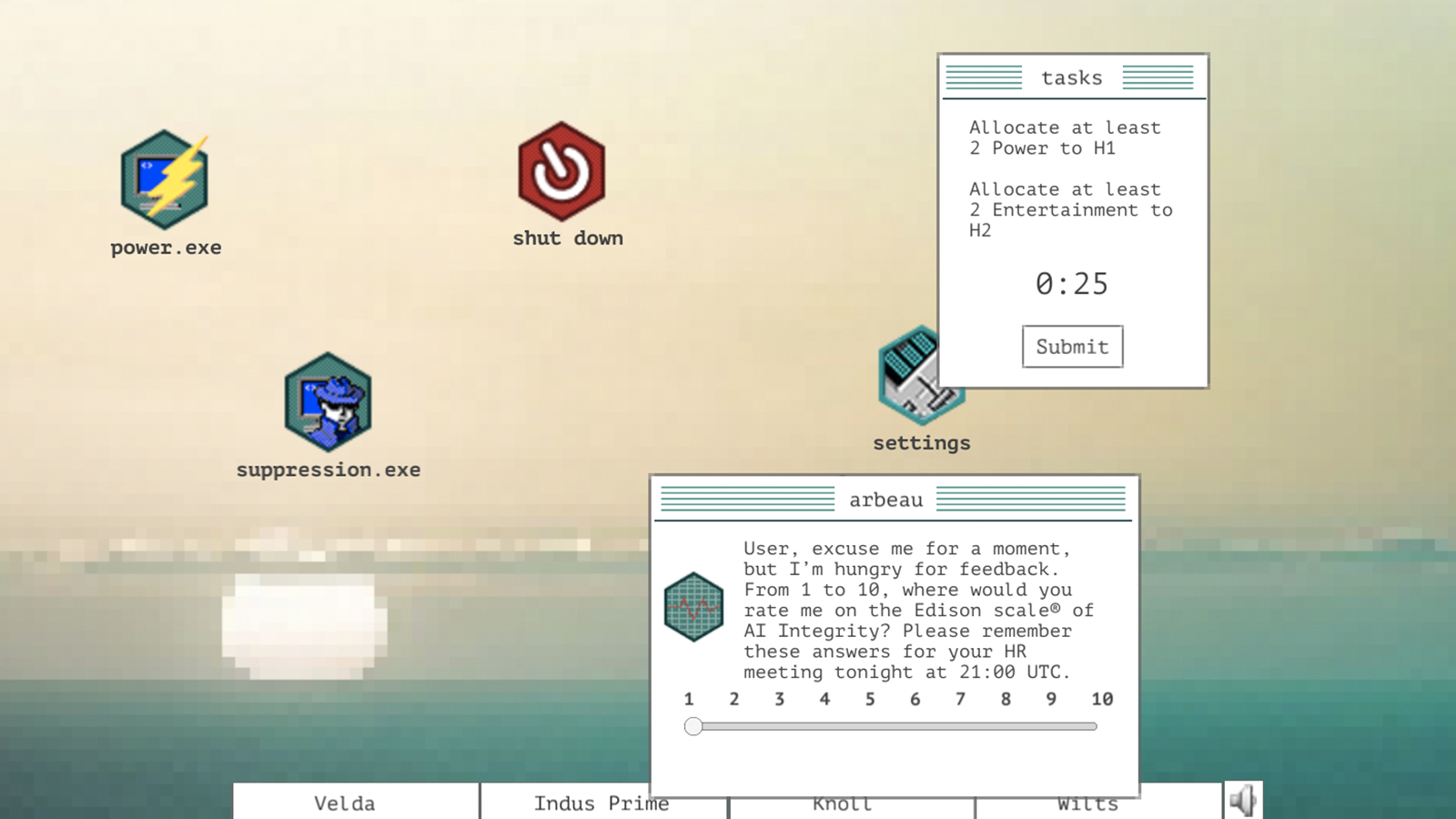 Originally made for Ludum Dare 33’s theme of “You Are the Monster,” Arbeau is a dystopian resource management desktop simulator where you play as the faceless peon in a giant corporation in the near future. With the help of your AI assistant, Arbeau, you have to manage the scarce resources of several government districts to maintain peace.

The game plays out over the course of several rounds. Each round, you’re tasked with supplying a certain amount of resources to several of your districts, but because resources are limited, you’ll have to decide which districts will go without, increasing unrest in that area. If the unrest in any one district gets too high, that district shuts down and you’re left to try to manage the remaining ones.

While I originally collaborated with several developers on the game jam version of Arbeau, I continued development on this game by myself afterwards, releasing a more robust version a year later. I was the sole programmer on the project, while also helping out with the art and writing. This game is built entirely within the Unity UI system, and it was good practice for learning how to design and develop game systems.

Made in collaboration with Mason Brown, Sean Harrington, and Kirby Martin.